Today is National Dog Day; a day where owners and their four-legged best friends can spend the day together walking in the park or paw-tying at home.

But one argument that continues to go unresolved is whether dogs are better than cats. Like a dog with a bone, Newsweek started digging into scientific research to find the answer.

Dogs have more neurons than cats

This might not mean a lot when it comes down to who gives the best snuggles, but it does give some insight into which animal is smarter. Research from a collective of academics, including Vanderbilt University and the University of California, found that dogs had around 500 million neurons in their cerebral cortex, double the amount of a cat.

This means that dogs have more awareness and better predictability when it comes to events based on what they've experienced in the past. 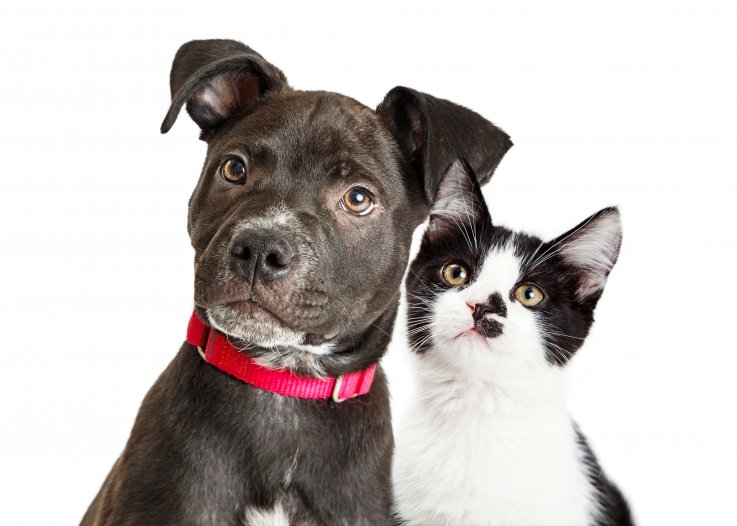 Working dogs atPenn Vet are being trained to detect Ovarian Cancer, also known as the "Silent Killer" as it does not display symptoms until the advanced stages.

"We've always known that dogs have an incredible sense of smell; I like to say that they 'smell in color,'" says Dr. Cindy Otto, executive director of the center. "What we're trying to do with this study is harness that remarkable ability to inform and create an electronic system for detecting early-stage ovarian cancer."

More recently,The Journal of the American Osteopathic Associationpublished research that showed dogs could correctly identify lung cancer.According to the research,three dogs were able to "correctly identify the cancer samples."

Why Cats are Better than Dogs According to Science

Cat allergies are worse than dogs

According to research by the American College of Allergy, Asthma and Immunology, one in seven children, aged between six and 19, are allergic to cats, double that of those allergic to dogs.As reported inLive Science, the reason cat allergies are more common is to do with the size and shape a protein molecule found on cat skin.